This television series of  golf matches between the famous golfers of this era was very popular in the 1960’s. Television coverage was not as readily available as it is today with golf live and results available to the general public all around the golfing world. In New Zealand, where I was living at this time, we had only one TV channel and it was mostly in black and white. Being avid golfers, a match between two golfing icons on TV. was always a program worth watching. Today we have hundreds of tv channels.

Both Hogan and Snead have probably the most copied swing techniques of any golfers in the history of golf. Present day champions are using a very similar body rotation technique or working to improve it. At the time this match was filmed both Ben and Sam were well past their prime.(check history below).  You will notice they could still drive the ball 275 yards plus, using the ball of the day, and wooden headed drivers with steel shafts that are not as long as we use now. This is a tough ask on the 7,000 yard golf course they are playing in this video.

As well as being entertaining, this match offers live action, illustrating all departments of Ben and Slamming Sam’s golf game. Driving, on the fairway, in the rough, around the green and putting etc..

By clicking on the settings icon just below the bottom right of your YouTube picture, then  clicking on “speed”, you can now set the action in slow motion . Slow down any swing and enjoy examining the old masters’ techniques. Sam Snead’s swing still  worked efficiently  even when he was over 80 years of age.

Greypower golfers may lose some flexibility and have a limited range of movement compared to Sam and Ben. A few simple golf exercises over time, may help with this.

Ben Hogan lived from 1912 until 1997. Hogan won 64 P.G.A. tournaments. This included 9 major titles. This ties Ben with Gary Player in 4th place, for the most major titles won. Ahead of them are Walter Hagen with 11 majors, Tiger Woods  with 14 majors and Jack Nicklaus with 18 majors.

Hogan is one an elite group of five golfers to win all four major championships. The others are Gary Player, Gene Sarazen, Tiger Woods and Jack Nicklaus.  Another 12  golfers have won 3  of the majors,  missing out on the fourth title.

The most P.G A. events won by an individual golfer in history to date is, Sam Snead 82, Tiger Woods 79, Jack Nicklaus 73. Ben Hogan 64 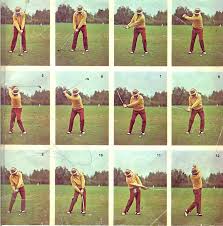 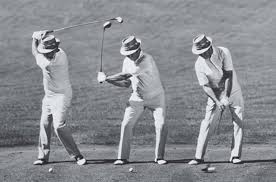 max@greypowergolf.com
Monday to Saturday
8am - 8pm

GreyPower Golf is here to help seniors hit the ball farther. Enjoy the tips on the site and book in for a lesson with Max to make your golf course shorter. 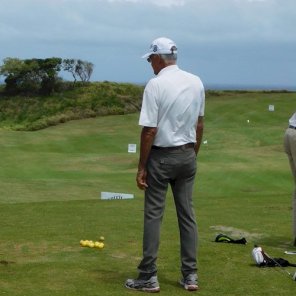 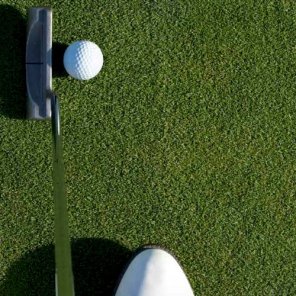 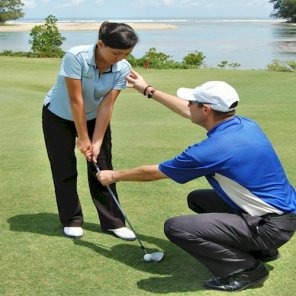